Login to Select this Course

Who was Napoleon? What were a Motte and Bailey? Why did rugby become New Zealand’s national sport? The history course is designed as a one-term introduction where questions such as these may be answered. The class includes an examination of historical evidence and an expectation that students will analyze the evidence. As a class, the students will choose two of several topics of study. Topics could include New Zealand sport, Medieval Europe, New Zealand at War, The French Revolution, The Tudors, or a topic of interest at the time. Students will be assessed on their ability to complete a research assignment, write an essay, and knowledge of historical facts.

Above: The Tower of London

Above: An altered photo to show a First World War scene 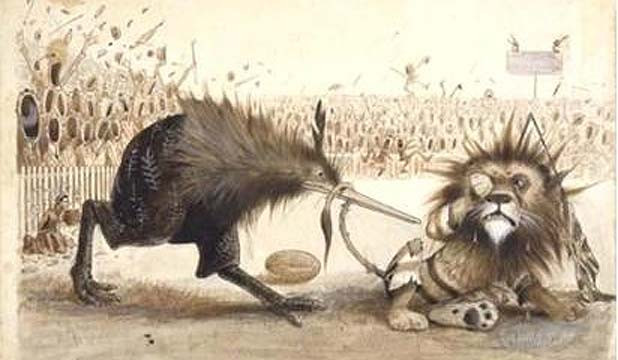 Above: Cartoon depicting the success of the 1905 All Blacks