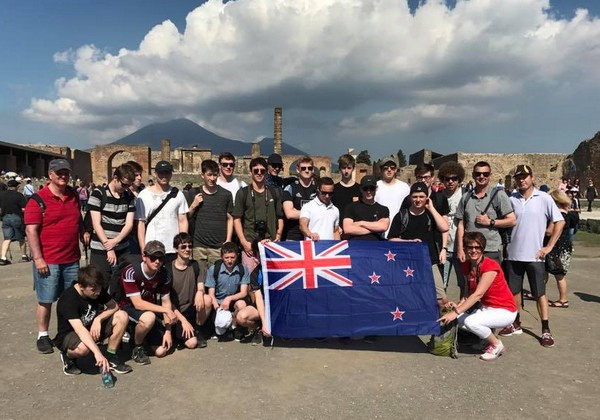 The topics we study at Year 12 are:

Greek Tragedy - 'Antigone' - the most watched drama in history- the big issue is what to do when you know justice is not being done. We also look at 'Oedipus Rex' which questions what fate has in store... Greek Vase Painting- Every pot has a purpose and the artwork is outstanding. We will also consider the work of New Zealand artist, Marian Maguire who has brilliantly juxtaposed Classical art themes and characters with Maori cultural icons. (Labours of Herakles-below)

The Eruption of Mt Vesuvius and Pompeii, a city locked in time... we focus on what we have learned about Roman social life from the excavations.

Pompeian Art and Architecture - the frescoes and mosaics of Pompeii tell us a lot about the Pompeiians and Romans in general. Internal Assessment based on Civil Disobedience

Term 2
The eruption of Vesuvius and the destruction of Pompeii
City infrastructure, design and layout plus domestic architecture.

Internal on Pompeii - what we have learned from the city 'frozen in time'
If we have time we will have a Roman banquet.